As summer draws to a close and school is back in session, the much dreaded flu and cold season is upon us.  Viral respiratory infections can easily take a hold if your body’s defenses are down. Save yourself from the misery of flu and the frustration of losing valuable training time by giving your body a healthy dose of these two superfoods!

Ginger is a flowering plant originating from China. The ginger root is the commonly used part of the spice. It has a history of use in various forms of traditional and alternative medicine and has long been recognized for its anti-inflammatory properties, helping digestion, reducing nausea and fighting the flu and the common cold.

Ginger contains bioactive compounds known as gingerols, which are responsible for its medicinal properties as well as its flavor and fragrance.

Turmeric belongs to the same family as ginger. It is a spice that has been used in India for thousands of years for cooking and as a medicinal herb. Its medicinal properties are wide-ranging acting as an anticarcinogen as well as proving useful in the regulation of glucose control in the treatment of type 2 diabetes.

Turmeric contains curcumin, the active ingredient responsible for its yellow pigmentation. Because of its many potential health benefits some of you may already have come across curcumin in supplement form. Recent studies carried out by the University College London have shown that ingesting turmeric in its natural form has a positive effect on genes that cause depression, asthma & cancer.

Let’s examine the health benefits of these two superfoods in a little more detail.

Curcumin reduces inflammation and therefore also decreases muscle & joint stiffness. It is particularly beneficial to those suffering from arthritic or post-operative pain. Long-term curcumin supplementation has also been shown to greatly decrease osteoarthritis symptoms and reduce pain associated with ulcerative colitis and nephritis.

According to the American Pain Society, ginger has been shown to reduce muscle pain caused by exercise. A study conducted showed that daily ingestion of raw and heat treated ginger resulted in moderate to large reductions of muscle pain following exercise-induced muscle injury.

Oxidation is a natural process that occurs within the body and helps keeps us healthy. However, cells are sometimes damaged during oxidation transforming them into free radicals. In trying to repair themselves these free radicals can cause injury to other cells. We naturally produce antioxidant enzymes that are our main defense against the harmful effects of oxidation.

In order to improve the body’s capacity to fight free radicals it is important to consume foods that have antioxidant effects. Both turmeric and ginger have been proven to reduce damage from free radicals, but also prevent the depletion of internally produced antioxidants.

In a 9 month study carried out by the journal Diabetes Care, researchers discovered that curcumin capsules delayed the onset of type 2 diabetes in 240 pre-diabetic patients. Amazingly, nobody was diagnosed with diabetes at the end of the trial.

Similarly new studies indicate that the consumption of ginger in powdered form lowered fasting blood sugar levels by 12%. The study also showed dramatic improvement of markers for long-term blood sugar levels leading to a 10% reduction of HbA1c levels over a period of 12 weeks.

Turmeric has antiviral, antifungal and antibacterial properties all of which greatly help to strengthen your immune system. Ginger is similarly considered to contain immune boosting properties because of its micronutrient content and because the bioactive compounds stimulate blood circulation opening up your sinuses and assisting with the removal of toxins from your tissues.

Heart disease is the biggest killer in the United States, responsible for 1 in 4 deaths every year and with more than half of those deaths being amongst men. High cholesterol is considered a precursor to heart disease. A study produced by the American Journal of Cardiology found that the anti-inflammatory and anti-oxidant properties of curcumin reduced the risk of a heart attack by 65% in 121 bypass patients.

5 ways to add them to your diet

The amazing thing about the Rock_it shot from Mod_e, aside from being completely organic and super convenient to carry around, is that it's been blended with black pepper to assist in the absorption of curcumin. Give your body a serious boost of anti-inflammatory properties and free radical blasting goodness! 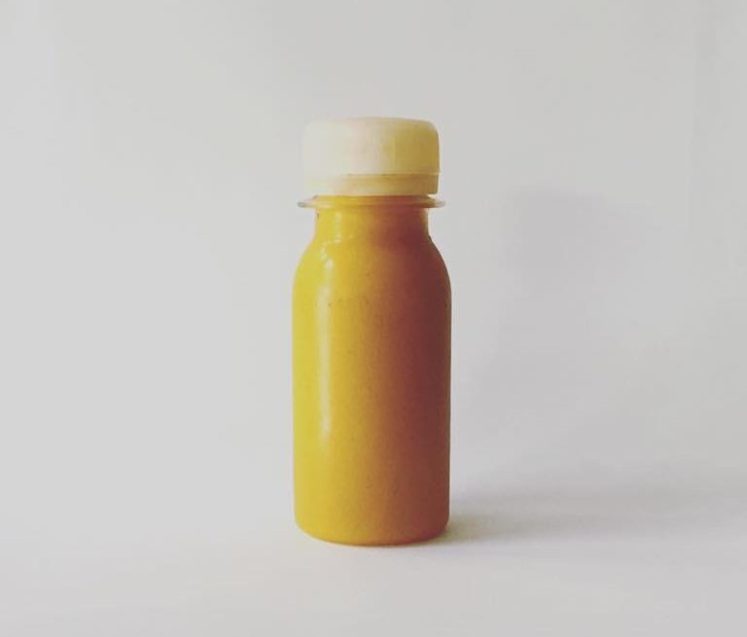 For thousands of years both ginger and turmeric have been used in India and Southeast Asia as medicine and were typically consumed in tea. Why not get a healthy dose of both ingredients with this Anti-inflammatory Ginger & Turmeric Tea. Or try a simple cup of turmeric tea. I confess I'm a 'coffee first' kind of girl in the morning but I drink ginger tea throughout the rest of the day. It's so easy to steep your own, just chop and crush some ginger, add a slice of lemon and hot water et voilà! 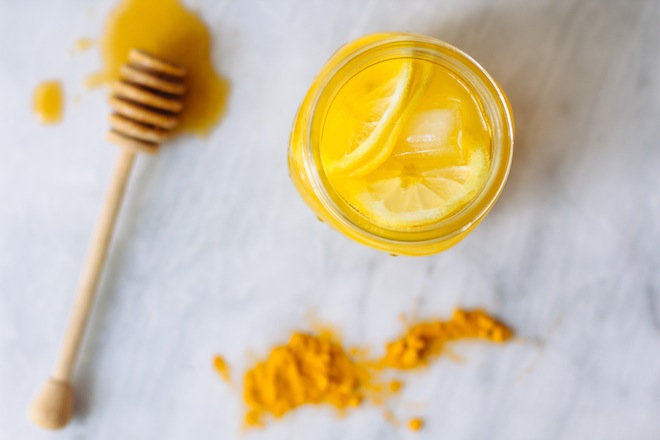 After your ginger & turmeric tea, give your morning an extra boost with this Tropical Ginger Smoothie. Add a scoop of plant-based protein or some greek yogurt for a more filling and balanced breakfast. I have just discovered Siggi's incredible low-sugar yogurts, try their fat-free plain yogurt to add creamy texture & protein with little taste.

When I lived in England I think I had soup nearly every day during winter! There's nothing more comforting and warming than a delicious bowl of piping hot soup, especially when made with these energizing spices. Try this super simple recipe from Naturally Ella for Curried Pumpkin Soup. Turmeric is a fat soluble ingredient so the addition of coconut milk will enhance your absorption of turmeric's compounds. For the curry powder I highly recommend JCS Jamaican Style Curry Powder as it blends turmeric, ginger and black pepper. 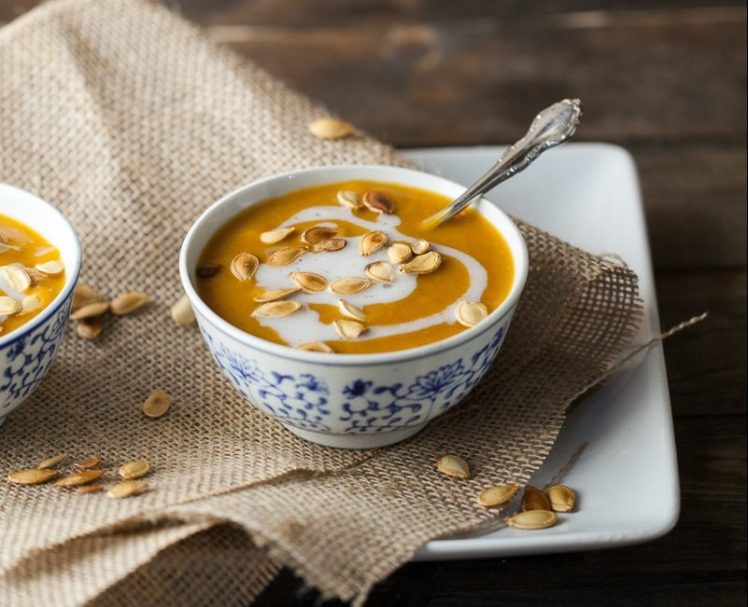 Living on an island with an abundance of fresh fish I try to incorporate as much seafood as possible into my diet. Tuna is particularly plentiful and a meaty yet lean fish.  I can't wait to make up a batch of these Tuna Burgers with wasabi ginger mayo. I'm practically drooling thinking about them! If fresh tuna is not so easy to come by, this wasabi mayo & pickled ginger would still go great with lean ground turkey meat.

I think I've always been one of those people that loves a sweet & savoury combo. Add a little spice in there and I'm 100% sold! Anyone else out there who'd rather a slice of McVitie's ginger cake over a chocolate hobnob? OK maybe it's just me but seriously don't knock it till you try it! Or better yet make your own. I love this clean version that mixes turmeric and ginger tea in with its dry ingredients. Why not serve it up with a dollop of spiced whipped coconut cream for extra deliciousness?!

The bottom line: Want to boost your immune system, protect yourself against the common cold & flu, improve your blood sugar levels, help your body fight free-radicals, reduce muscle soreness & joint pain amongst other things? Well stock your fridge & your spice racks with these two superfoods & you'll be well on your way to feeling superhuman this fall & winter.

The Low-Down on Carb-Loading

Strength in Numbers—Adding Jared to the Equation